Old Laptop and my Raspberry Pi

A few weeks ago I tore apart one of my old laptops. 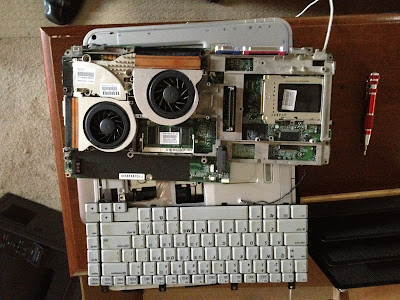 The original idea for doing this was to see if maybe I could remove the motherboard but still use the case for one of my Raspberry Pi’s. 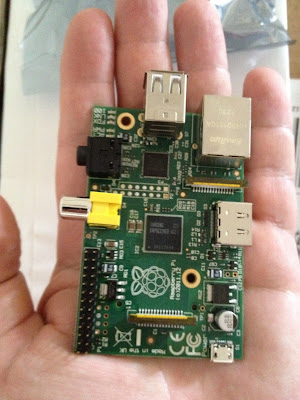 The idea of a Raspberry Pi laptop sounds like a great way to breathe some new life into an old laptop that has been collecting dust forever. I’m pretty sure I’m not the only one who buys a new laptop and then hangs on to the old one just in case I need a backup. By the time I realize I will never use my ancient laptop again it’s too late to sell it and I can’t trash it because it’s filled with toxic something or another. Now what?

I suppose I could hunt around for a place that accepts old electronics for recycling. The problem with that idea is that it sounds like a lot of work, and I really don’t feel like driving anywhere just to offload some old electronics. Plus it completely goes against my gadget hoarding nature. I prefer to cling to the idea that all my old stuff will somehow serve another purpose in the future.

Which brings me back to the idea of a Raspberry Pi laptop, the Pi is a cool little system on a chip, but that’s all it is. You need to provide your own case, keyboard, mouse, and display if you want to use it as a classic computer. Once you fully accessorize your Raspberry Pi it’s not such a sleek looking system anymore, it usually ends up being a mess of wires running everywhere. Cramming this hot mess into one of my bulky old laptops would be the perfect solution. Once I remove the old motherboard there should be plenty of room to install the credit card sized Raspberry Pi. Then I could just hook it up to the old keyboard and LCD display and my new Pi would be in business. Rigging up some of the USB ports shouldn’t be too hard and there should still be plenty of room to put in a battery pack to power the whole rig.

Sounds great so far right? Here’s the biggest road block to turning this dream into reality. That worthless motherboard I just yanked out contains the hardware controllers for the laptop’s keyboard and display. External keyboards and monitors have their hardware controllers built into the unit; which is great because that allows us to just plug them into whatever we want without a hassle. Notebooks and laptops combine everything into the motherboard to make everything efficient and to save on space.

Now if I want to use the old laptops display and keyboard I’ll need to find a controller card that’s compatible with those units. There’s a seller on Ebay that sells cards for laptop LCDs but I can’t find anything for the keyboard. Without the keyboard, sticking a Raspberry Pi into my old laptop doesn’t sound so awesome anymore.

At this point about the only useful part I can recycle from the old laptop is the LCD screen, if I pick up a controller that can output to HDMI it will make a nice flat panel display. The screen is really thin outside of the plastic laptop case.